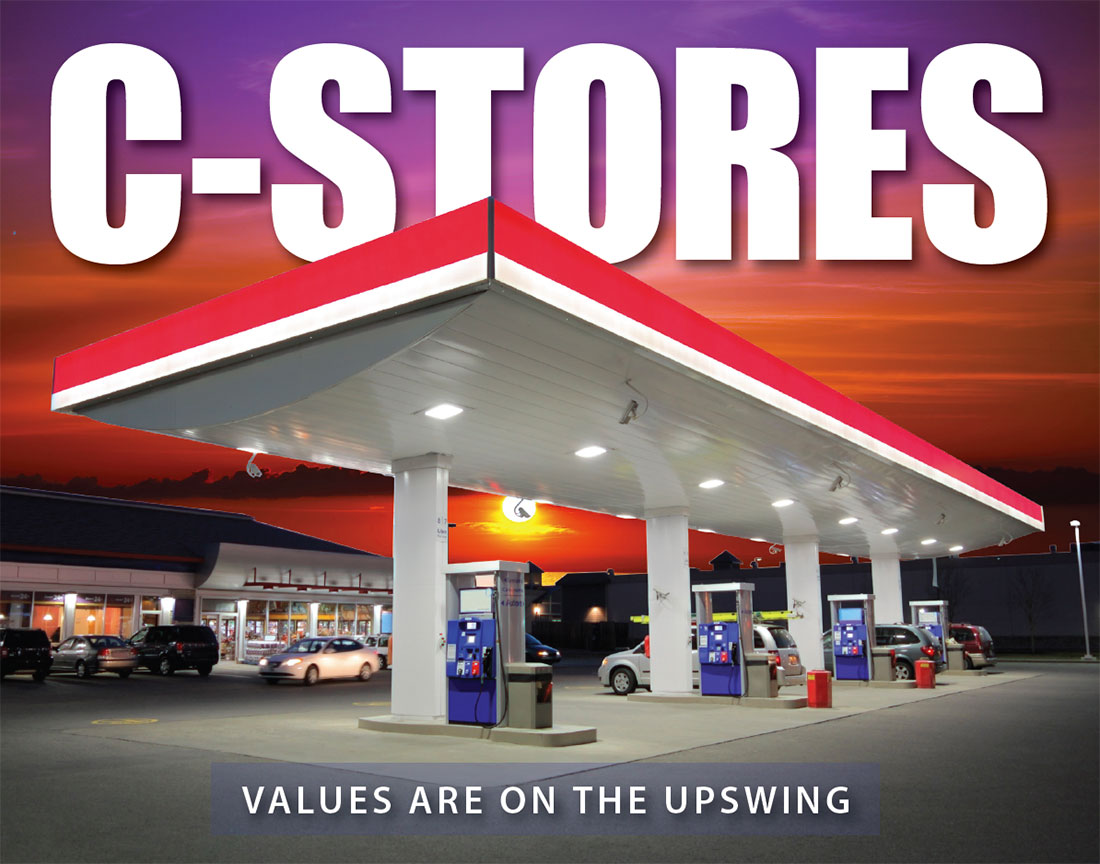 The typical convenience store or travel center buzzes with life amid a steady influx of customers. These businesses blanket the country — with an estimated 150,000 c-stores and 1,230 travel plazas and truck stops. While they charge higher prices than supermarkets, they make up for this by having more convenient locations, shorter cashier lines and longer hours.

But customers aren’t the only frequent visitors: Vendors, too, constantly come and go as they restock coolers, snack displays, cigarette racks and — most importantly — fuel tanks. This rapidly turning inventory creates some important considerations for asset-based lenders. For starters, the four-wall expenses are unusually high as a percentage of inventory. Indeed, c-stores and truck stops can succeed only if they are being actively replenished. In a worst-case scenario, the c-store or truck-stop chain runs into financial trouble and leaves its local vendors in the lurch. Those vendors then pass on restocking the shelves or filling the tanks. With no staples inside and plastic bags covering the nozzles of those shutdown pumps, customers drive past the store. This forces the liquidator to try to sell the remaining merchandise to stragglers, significantly hampering recovery.

In c-store liquidations, it is critical to maintain or reestablish vendor relationships for fuel and any quickly turning items such as bread, sodas, chips, snacks, cigarettes and alcoholic beverages. The ease with which alcohol and tobacco can be sold depends in part on regulations. Some states ban discounting these products, which can never be moved across state lines for resale.

Truck stops, many of which operate tire centers and repair bays, tend to have some of the slowest-selling inventory in the form of tires, batteries, spare truck parts and the like. A methodical wind-down might require transferring some of this inventory to other stores, or perhaps negotiating a deal with a salvage operator. Payroll costs at truck stops must also be managed with care, because they often hire better-paid mechanics or employ multiple managers for the store, tire center and repair bays. The liquidator must keep a close eye on the return being generated by these areas of the business. At a certain point, it no longer makes sense to keep these specialty departments open.

Meanwhile, many c-stores offer prepared foods or even quick-service restaurants. Liquidators typically do not operate food concessions during a closing event, although finished goods such as sandwiches certainly can be sold. Generally speaking, however, lenders would be wise to declare ineligible most foodservice items, including ingredients and supplies such as napkins.

Looking ahead, this sector faces some near- and long-term challenges. For one thing, food channels continue to blur, with grocery stores, drugstores, discount retailers and dollar stores all working overtime to woo convenience shoppers. Technology is a longer-term wildcard: So far this year, U.S. consumers have bought about 460,000 e-vehicles and hybrids. The trend is likely to accelerate, particularly in eco-con¬scious states. However, adding charging stations could potentially help offset some of the impact of this factor.

But there is good news as well: First, chainwide store closures are rare in the world of c-stores and truck stops due to the growing role of brands such as 7-Eleven, Circle K, Travel Centers of America, and Speedway. These operators are hyper-focused on location. When they acquire regional and local chains, they rarely shutter stores, preferring to rebrand. Second, a massive number of those 150,000 c-stores—62.9 percent of the total, according to the 2013 NACS/Nielsen study — are run by mom-and-pops. That means there is plenty of room for big¬ger operators to acquire these stores, ramp up their backend efficiencies and rebrand — a convenient development for secured lenders.