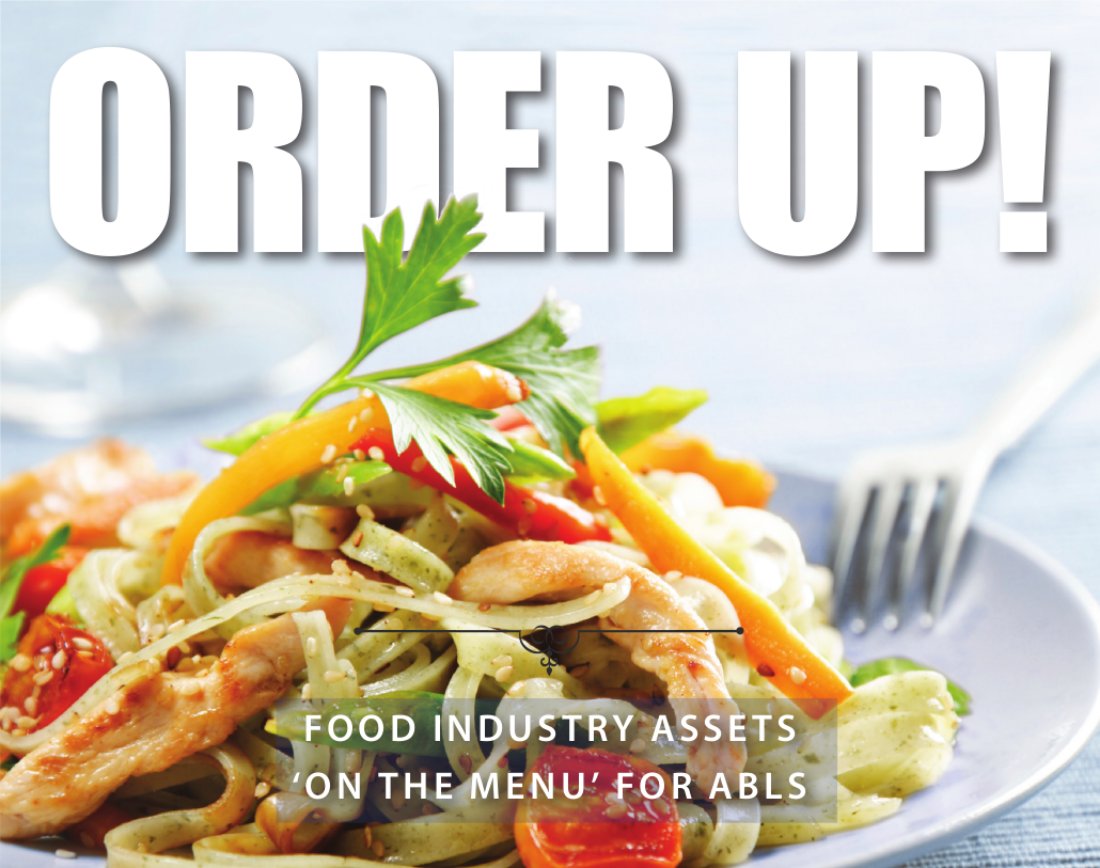 The notion that food is a safe-harbor business in rocky economic times is as old as the phrase “People have to eat.” And safer harbors, of course, tend to attract lots of ships, which is why food can be found nearly everywhere today. Perishable and non-perishable groceries, for example, are routinely available in the drug and dollar stores that are blanketing the country. This trend is translating into some serious competitive pressures. As noted by the Food Marketing Institute, “The intense competition among food retailers for the consumer dollar is best demonstrated by profit margins that continue to be less then 2 cents on each dollar of sales.”

These razor-thin margins help explain why it is more important than ever for appraisers, liquidators and asset-based lenders to be on the same page about food-related businesses of all types and sizes — whether the asset in question is a 100-foot oven inside a food-processing plant, or aisles of prepackaged goods offered to consumers in a supermarket liquidation sale.

Indeed, the so-called “channel blurring” that has occurred in the food industry sometimes means recovery values for the same food products can vary across different retail formats. For example, grocery products tend to have higher recovery values in big-box retail liquidations thanks to the more robust customer traffic that flows through these stores. During a big-box GOB, after all, shoppers angling for bargains on bigger-ticket items often end up buying groceries, too.

Likewise, the supermarket sector rarely sees liquidations on the scale of, say, Borders Books & Music or Circuit City. Today, grocery chains grow mostly through acquisition. As a result, it is unlikely that typical storecount and volume patterns will go through any radical changes in coming quarters. The steady progression of growth typical of the past few years is likely to continue, with a focus on underserved urban areas (where they can be found) and continued expansion of prepackaged food formats like Trader Joe’s.

But supermarket liquidations do happen here and there. When one supermarket chain takes over another, for instance, stores are sometimes closed temporarily so the new owners can reformat those units. When this happens, it helps to understand a few key differences between grocery stores and other retail outlets. One of the biggest factors in a supermarket appraisal, for example, is the difference between the perimeter of the store, which is dominated by fast-turning perishables, and the middle, with its long rows of prepackaged goods. A well-run grocery store will restock the perimeter anywhere from three to six times a week. The perimeter’s freshness is critical to making sure customers keep coming in the door. If a chain files for bankruptcy, but then fails to replenish the meat, dairy, fruit and veggies in the time it takes to choose a liquidator, customers will flee and the liquidation value of the store will be decimated. In supermarket liquidations, after all, shoppers capitalize on discounts as they stumble upon them; they do not rush into the store because a box of Tide happens to be 25 or 30 cents off. For store-closing sales in the grocery segment, then, a strategic replenishment of the perimeter has to be continued from start to finish. While the firm might not buy deep into these categories, at least a brand or two of milk, bread, fruits and veggies must be restocked, typically on the liquidator’s dime. Unlike the center-store items, the replenished perishables are usually not offered at a discount—thereby aiding cost recovery values.

Another critical factor in recovery values is the considerable expense involved in running a supermarket. Payroll is a gigantic number compared to typical retail liquidations. Not only do supermarkets have a lot of employees, but many chains also are unionized. As the liquidator condenses the store, then, it must pay union wages and benefits. Occupancy costs for supermarkets also tend to be higher as a percentage of cost inventory than in other retailer categories. As a result, recovery values for traditional grocery liquidations can often be in the low-to-mid 60s. But given today’s cornucopia of retail food formats and locations — from gourmet grocery stores in the city, to dollar stores out in the country and everything in between—food-retailing recovery values certainly do vary widely from store to store. Supermarkets with intact pharmacies tend to retain more value. The pharmacy inventory itself usually sells at around cost, and nearby competitors are bound to be keenly interested in buying the store’s carefully maintained lists of prescription-drug customers. In the best-case scenario, local drug chains will drive the price upward as they bid on the same lists.

Looking beyond the retail side, appraisals in other areas of the multifaceted food industry involve their fair share of unique, context-dependent considerations as well . For any appraisal of food-processing equipment, for example, it is critical to understand the ways in which multivariate factors can affect collateral values. Imagine a 100-foot oven in a soon-to-be-closed food-processing plant. In some cases, that piece of equipment will have a ready market, and the experienced appraisal team is able to take one look at it and think of several prospective buyers. In other cases, the appraiser asks questions that might not have occurred to the company, such as “What will it take to get this 100-foot oven out of the building?” Indeed, certain pieces of equipment might cost $100,000 to appropriately remove from a plant and put to use at another site. Sometimes, the company has invested thousands of dollars into upgrades for that piece of equipment, increasing its value. In other cases, these customizations are not generally in demand on the market and must be viewed as non-value-added costs that do not count toward the collateral value of the M&E. Similarly, if a buyer intends to use that oven right where it is, then the unit’s piping and electrical components could count towards the overall value. If the oven is to be moved and those connections have to be disconnected and disused, however, they must be considered soft costs. The prevalence of such soft costs, in fact, is one of the hallmarks of food-processing M&E appraisals.

It is the M&E appraiser’s job, in other words, to first identify value during inspection, and later to document that value by diligent market research. All factors must be weighed in proper analysis, but equally important is consideration of current market opportunity: What is the availability of comparable equipment, and how actively is it traded? A plant and machinery appraiser also looks for obscured value while onsite by asking the right questions: Is there newly purchased equipment not currently onsite but possibly with a relatively short ETA? Is there other equipment in storage, offsite or on consignment? These questions, after appropriate client discussions, often uncover unanticipated value.

Specific market trends can be big factors in these analyses. For example, food preparers — everything from McDonald’s and Burger King, to the captive bakeries found within supermarkets — make heavy use of countertop equipment that is becoming increasingly high-tech and user-friendly. Over the past couple of years, the secondary market for this sophisticated equipment has been less stable than in the past. Time and convenience are more important than ever, and national food preparers want employees to be able to simply swipe a screen or push a button.

The computer controls for an $8,000 or $10,000 piece of equipment used in fast food might cost around $3,000. By comparison, the controls for a $1 million oven might account for a smaller proportion of the total—say, $100,000 to $150,000. This helps explain why buyers of countertop equipment tend to pay much closer attention to the specs of the computer controls. Today, they want the latest and greatest equipment, with the easiest-to-use interfaces, fastest production outputs and lowest mistake rates. On top of that, some of the major chains only buy new and are simply not in the market for used equipment. Meanwhile, more companies want next-generation equipment that can be used to guarantee gluten- and allergen-free products for today’s health-conscious consumers.

On this final point, the food industry is not just growing in size through channel blurring, prepared foods and similar trends — it is also evolving in fascinating ways. From the rise of farmers markets and organic-only “foodies”, to the incessant attacks on sugar and trans fat, to the need for Mom or Dad to pick up something healthy on the way home from work, consumers’ tastes, needs and preferences are changing all the time. Whenever this type of evolution happens, winners and losers emerge. This is bound to have implications for the asset-based lending community. Appraisers, in particular, will have to make sure their analytics are as thorough and as up-to-date as possible. “People have to eat”, but what they’re eating, where, why and how has massive ripple effects on the secondary markets and the U.S. economy as a whole. For any food-related appraisal, then, the recipe calls for more than a pinch or two of information and experience.