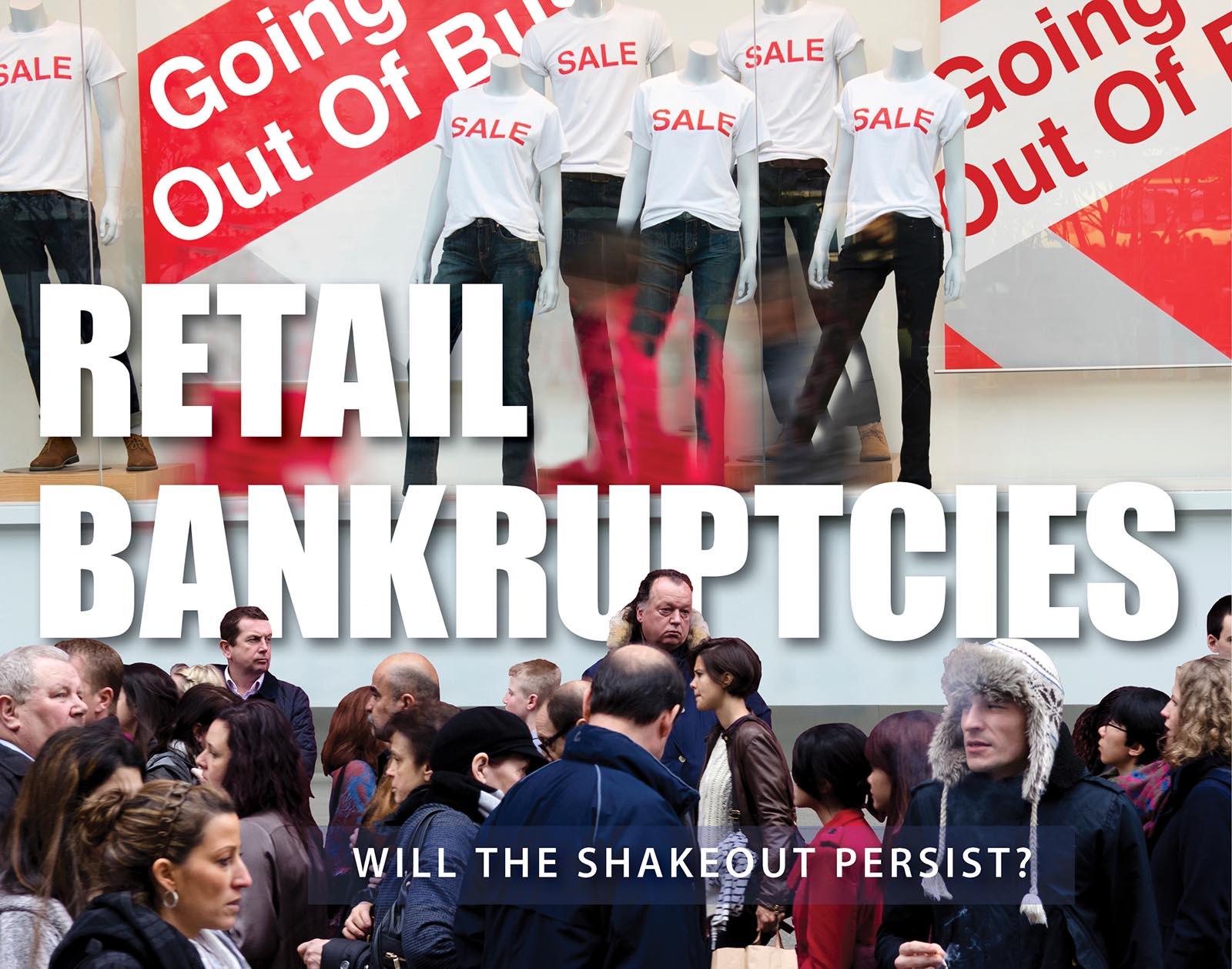 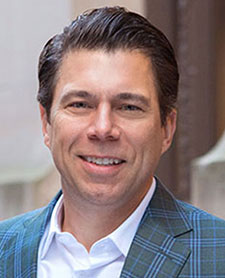 Will the ABL sector see a continuation of the so-called “retail apocalypse” in the year ahead? Or will the overall sense of rising confidence in the U.S. economy stop the downward slide? We have already seen the first major filing of the year—Bon-Ton Stores filed for Chapter 11 in early February. It has been reported that Nine West may be close to filing for protection,. Meanwhile, CNBC reported back in December that Moody’s had assigned debt ratings of ‘Caa’ or lower to J. Crew, Charlotte Russe, and Claire’s Stores. , The level of distressed U.S. retailers within Moody’s retail and apparel portfolio is reportedly approaching Great Recession levels—13.5 percent as compared to 16 percent in the wake of the financial crisis. “Debt maturities are also headed toward record levels over the next five years,” noted the news site Retail Dive in a December report, “and retailers are filing for bankruptcy at a record rate.”

The trend toward retail bankruptcies, in other words, shows every sign of continuing this year and will probably be a fact of life into 2019. While some analysts see things differently—they predict either a slowdown in bankruptcies and store closures or even an outright reversal of fortunes—we do not find their arguments persuasive. The safest bet, as we see it, is that today’s generally positive economic trends will not be enough to save many of the decades-old chains that are nearing the end of their lifecycles.

The challenges they face are considerable. This past year most of the bigger transactions, such as Sears Canada, hhgregg and Gander Mountain, involved companies that were massively overleveraged—a situation facing many other retail chains in today’s market. When you are unable to cover your interest and bond payments, your demise will be dictated by financing.

Of course, if the Federal Reserve raises interest rates to more “normal” levels this year, a possibility that at the time of this writing had begun to roil the stock market, the move would further increase the likelihood of overleveraged chains needing to restructure.

Relative to the past, many established retail operators are in a weakened state. Slowly and steadily, more of them are losing sales to online competitors such as Amazon.com or Walmart.com. This is happening in the context of an over-stored marketplace that is the result of decades in which top retailers raced to blanket the country with boxes. “We’ve doubled our store count in the last three-and-a-half years from 500 stores to 1,000 stores,” Arthur Blank, then chairman and CEO of The Home Depot, told CNN back in 2000. “We’re on track to double again in the next three-and-a-half years.” Today, a dramatic expansion of this kind would be unthinkable for most U.S. retailers, with the possible exception of the dollar store segment.

Historically, when you analyzed the profit-and-loss statements of retailers’ individual stores, you could always count on roughly a third of them being unprofitable, while another third would merely break even on their four-wall expenses. Located in top-performing markets and malls, the remaining locations would make all the money. With the ongoing shift in consumer spending, it is increasingly the case that those middle stores—the ones that used to break even on their expenses—are now losing money. While the bulk of retailer expansion occurred prior to 2008, a few retailers have selectively opened new stores as the economy gradually recovered. However, expansion stores in new markets typically need time to achieve local recognition and community goodwill before turning a profit. Given the ongoing contraction of sales in U.S. brick-and-mortar retailing, the generally lower profits at such expansion stores are now a liability for those chains that chose to grow. This is particularly true of locations in struggling “B” and “C” malls and shopping centers. However, because of the high rents that prevail in urban “A” malls, even stores in these generally healthy properties can suddenly fall into the money-losing bucket if their sales take a hit.

The shift in consumer spending patterns is visible on a number of fronts. In the past, national retailers routinely signed leases running anywhere from 10 to 20 years. Today, some of these same chains are asking for short-term leases with 5-year renewal options. You also see it in the reduced recovery values for certain retail segments. In furniture, hanging a going-out-of-business sign no longer results in the same level of traffic and sales it once did. The same is true of GOBs for mall-based retail stores due to less foot traffic. Smartphone-addicted tweens, once the prime sales target, now barely acknowledge the existence of malls, much less go to them. As a result, U.S. mall traffic decreased 5.5% year-over-year in 2017 alone. Additionally, per-store inventory levels are relatively small in mall-based chains, which puts significant constraints on the advertising spend during a liquidation. Historically, what worked was to simply rely on the existing traffic at the mall to propel the GOB. As this traffic wanes, recoveries for mall-based stores decrease in kind.

Clearly, we will still see more movement going forward with respect to bankruptcies among mall-based stores, up to and including department store anchors. Indeed, many mall owners are eager to shed these underperforming tenants and replace them with uses they consider potentially more vibrant, such as theaters, restaurants and even grocery stores. If these attempts at innovation fail to pay off, though, mall traffic will take yet another hit, increasing the likelihood of filings.

In furniture, meanwhile, multi-region chains such as Ashley Furniture and Bob’s Discount Furniture are putting heavy pressure on regional, mid-tier players. The latter chains tend to rely on an old-school model in which young couples order furniture that takes six or seven weeks to arrive. But Millennials, who are accustomed to instant gratification and the fast-paced world of ecommerce, want to buy a couch for $799 and have it delivered the next day. We will likely continue to see filings in the home furnishings sector in 2018.

In U.S. retailing, there are certainly some positive stories here and there. Many chains have made significant progress in adapting to the new normal by shedding underperforming stores, ramping up omni-channel capabilities, adding food, shrinking store prototypes, signing store-in-store deals and the like. Bearing this in mind, one could argue that we’re experiencing a normal evolution and the term “retail apocalypse” is a hyperbolic cliché. Nonetheless, the unfortunate reality is that brick-and-mortar stores are clearly in the midst of an ongoing shakeout. Irrespective of economic conditions, the ABL sector can count on a continued, dramatic transformation of the retail industry.

This article originally appeared in The ABL Advisor, February 2018