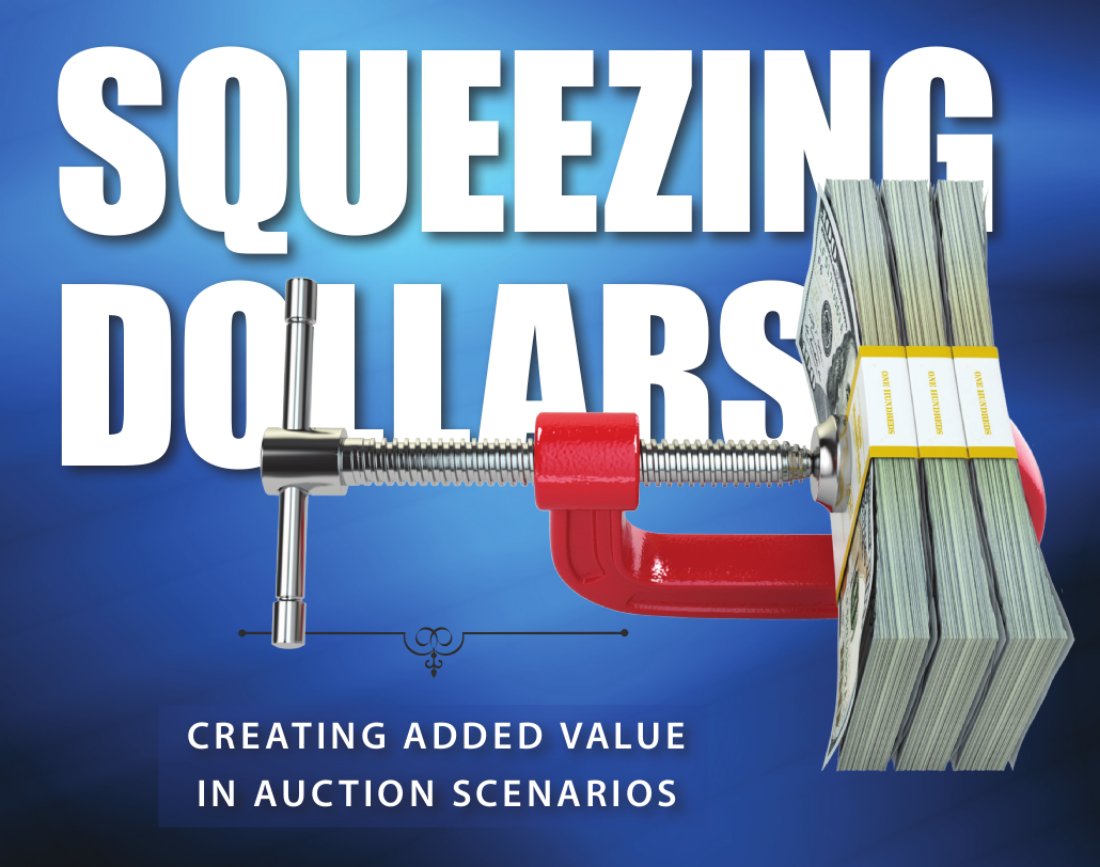 Judging liquidation firms based on their experience with particular asset types has a certain logical consistency. For instance, if your goal is to qualify yourself to a major meatpacking company, the thinking goes, you should seek a firm with years of experience in liquidating meatpacking assets. Upon closer examination, however, this logic breaks down. Today’s marketplace demands not merely depth of experience in certain sectors, but an overall facility with the multifaceted nature of the liquidation process itself. Knowing all the answers all the time is impossible. Knowing how to ask the right questions, by contrast, is a portable process that can be refined and improved with every sale.

In bringing assets to market, old-school auctioneers tend to take the attitude of “what you see is what you get.” They hang tags, place stale ads using tired media campaigns and hope for the best. But a process-oriented approach is about doing due diligence in the strategic pursuit of an overarching goal—finding additional value.

In the July, 2014 sale of Fortune Fashions Baja, an Ensenada, Mexico-based silkscreen facility, the one-dimensional approach would have been to sell the assets piecemeal without asking too many questions. Instead, asking lots of questions during the due diligence process—particularly with respect to intangible assets—yielded a valuable nugget of information: The facility had been approved for production work for Disney licensees. If that equipment had been broken up for resale, this valuable certification would have been lost. With the equipment in place, this licensing hook was used to secure a turnkey buyer.

In addition to asking the right questions, another key is to know when to rely on outside experts. Few firms could claim to have broad-based experience in liquidating fuel cell manufacturers—this, after all, is a niche industry if ever there was one. And so, in the September 2014 sale of ClearEdge Power, the process included bringing in a former manager of the company to help the team fully understand the potential for unlocked value. In fact, this expert helped ID a segment of ClearEdge’s product inventory containing unlocked value in its purest form—resalable platinum.

Likewise, the September 2014 sale of bankrupt audio post-production company Todd-Soundelux included more than 4,000 pieces of sound-mixing, mobile-editing, recording, computer-networking, projection and other equipment. In this case, a former sound engineer from Todd-Soundelux was recruited to lend his expertise to the sale. This was important: Prior to the sale, the company had transitioned out of two of its facilities. Heavily equipped and integrated, the relocated soundstages from those facilities could have lost value if not properly sold. The engineer helped make sure those items were properly displayed, grouped and reconnected for knowledgeable customers. This strategic move made a significant difference in the outcome.

Auctions are all about supply and demand. Approaches based on “what you see is what you get” are just too simplistic. In a sale involving a limited marketplace with just a few potential buyers, putting assets up for auction without carefully considering the supply-demand dynamics is an unacceptable risk. After all, the transparency inherent in auctions can give buyers in a very shallow pool the opportunity to “team up” and become strategic, friendly partners. They can communicate with one another prior to the sale and essentially take control. This is precisely why, in the recent process for magazine distributor Source Home, a cautious approach was warranted. Rather than start with the auction, the team went first to potential buyers and highlighted the availability of some proprietary sorting systems it knew would be of interest. Each prospect was approached separately and the deals were pre-negotiated in a tight timeframe. Ultimately, this left the buyers with no opportunity to strategize.

Perception is reality. By taking savvy approaches to marketing—and even embracing theater when necessary — an asset disposition firm can leverage psychology to build confidence and stoke demand. Consider the dynamics in play last year when the majority of the former assets of auto parts supplier Fenco went on the block. Initially, the darkened warehouse looked like the spooky backdrop for an action movie’s final scene. It was filled with transmission cores, wheel bearings and the like amid a silence that screamed “fire sale!” But in the course of recovering value for the estate, the 10-person disposition team turned the lights back on and went to work in a highly visible way. When buyers walked in, the place looked like a thriving distribution center, and ultimately the inventory sold in bulk to one buyer, with competitive bidding.

A process-oriented approach is the antithesis of “what you see is what you get.” It involves leveraging wellthought-out strategies on multiple fronts. While experience in a specific sector certainly can be valuable, the art and science of liquidation represents a broader view—one that ultimately can yield more satisfying results.